There are over 1,800 disk and cassette images for the IBM PC Compatibles collection, including games, applications, and operating systems.

Reviewer: mystsnake - - July 10, 2022
Subject: warning on 'virus flagging'
current virus scanners are for current tech - not relic 16bit tech and are not reliable for it in the same way a file for another machine type can also be flagged by them, even none runnable files, because they're treating as 32/64bit x86 code
16bit software often did stuff disallowed by win95 upwards and even the modern chip in the case of self-modifying code that gets flagged

its best to always run such software in a virtual machine/emulator anyways even *if* you are running a 32bit os these days
Reviewer: MugsyNJ - - September 1, 2015
Subject: virus
Bitdefender reported 2 instances of Ping Pong and 1 of Frodo. So be careful out there.
Reviewer: Rinzlin - - August 28, 2015
Subject: Call me crazy
Hi,

I've just downloaded the Zip file, just to see what was in it.

I scanned it and just like MUGSYNJ, it seems like a "Ping-Pong" virus and an "Echo" viruse got hold off 6 files. 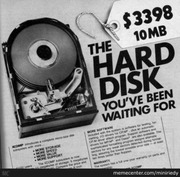